Types of Back Injuries Covered by Disability Insurance

Traumatic brain injuries have a variety of causes that range from car accidents to repeated sports injuries. Mild TBIs are often overlooked because their symptoms are not always as obvious or abrupt as symptoms of severe TBIs. However, untreated mild TBIs can come with long term limitations that can negatively impact an individual’s life. Severe enough symptoms may even be considered disabilities. Talk to a Pennsylvania disability lawyer about applying for disability benefits if your head injury has significantly interfered with your job.

Around 75 percent of people who sustain head injuries suffer concussions and mild TBIs. Mild TBIs make up a large proportion of TBIs, yet they are often overlooked. The dangerous thing about these mild head injuries is that multiple concussions can cause greater damage over time, with long-term 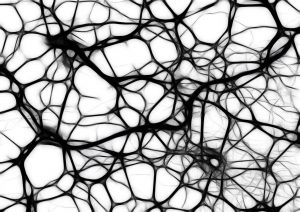 limitations. Some people may not be able to perform the same way they used to before the injury.

This happens because concussions and mild TBIs can affect cognition, language abilities, emotions, and sensation. Cognition is what allows us to form memories, remember those memories, and logically think through problems to find solutions. Mild damage can slow these abilities down, but can also create problems with coordination, balance, and vision. When it comes to language, the ability to understand speech or communicate with others through words can be negatively affected. Emotional changes like increased anxiety or aggression can also occur.

All of these changes may sound minor when isolated, but when put together, they can build up to significant changes to a person’s behavior and overall skillset. This can create limitations that make working a steady job difficult or impossible. Certain jobs require employees to behave in a certain way or perform tasks at a certain rate. Those struggling with the aftereffects of a mild TBI may struggle with holding a job.

Why Mild TBI Should be Taken Seriously

While mild TBIs are not as severe as higher levels of brain damage, certain symptoms of mild TBIs can be debilitating. Nearly 15 percent of people recovering from a mild TBI experience symptoms that severely limit their abilities. This is not helped by the fact that the majority of people with mild TBIs are sent home by their doctor or they avoid seeking medical attention because the initial symptoms are mild.

If your symptoms are creating noticeable limitations, try talking with your doctor about your TBI to see if this could be the cause. Do not hesitate to talk to a Pennsylvania individual disability insurance lawyer if you are considering an application for disability benefits after suffering a mild TBI. Call Edelstein & Nelson at 1-800-300-0909 today for a consultation. We will work with you to figure out your options.