My Disability Claim has been Denied, now what?

A set of recent articles in the New York Times set astir notions of fraud being rampant for disability benefits under the Social Security Disability Fund.   In one of the articles, comment was interpreted that current legislation pointed to the belief by some that the fund was not work protecting until the perceived abuses could be better governed.

There is an excellent policy brief from the Center on Budget and Policy Priorities that explains the disability system in good detail.

While there is a perception, there are facts that override the perceptions, some are: 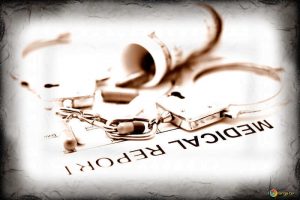 The problem is not solved just by raising the bar of difficulty for persons to participate in the disability system as too many are shut out today and while there is certainly some fraud, it isn’t rampant. As it sits, the US has a very restrictive and limit benefit offering compared to many other similar economies per the Organization for Economic Cooperation and Development.

It does seem that the solution requires a legislative cure.  The cure would include financial support to the Social Security Administration that would allow it to develop and deploy a system to prevent and detect fraud.  To this point, there has been no such legislative remedy.  It is also important to note that in the last 20 years, resources available to the Social Security Administration have declined even as claims have increased as the largest component of the population is aging into the sweet spot.

If you would like to find out more information about a disability claim, please contact Edelstein Martin and Nelson.  To arrange a free consultation with one of our experienced disability attorneys in Philadelphia, call 215-858-8440, or toll-free 866-532-2504 or contact us online.