The Employment Retirement Income Security Act of 1974 was originally passed in an effort to address issues regarding the administration of pension funds. However, due to a number of federal judicial decisions, it has evolved 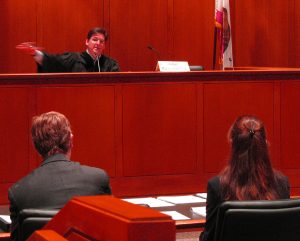 ERISA limits the damages a claimant can recover in a civil lawsuit. Under ERISA, no punitive damages can be imposed on employer-sponsored insurance companies for wrongfully denying claims. Due to the absence of significant repercussions, unscrupulous insurance companies often deny valid claims. ERISA limits a plaintiff’s damages to the amount that would have been paid if the claim was initially approved, interest, costs and attorney fees.

Claims governed by ERISA bear the highest burden of proof in civil cases. In order to convince the court to reverse an insurance company’s decision regarding a disability claim, the claimant must prove that the insurance company’s denial was arbitrary and capricious or abuse of discretion.

ERISA nationwide disability lawyers at Edelstein Martin & Nelson, LLP have extensive experience successfully recovering disability benefits for clients whose claims have been wrongfully denied. Because ERISA protected insurance plans are exempt from state regulations, we are able to represent clients in ERSIA matters nationwide. Our ERISA lawyers have achieved favorable outcomes for clients in Florida, Arizona, Nebraska, California and other states, including a $450K settlement for a client in Colorado. Call Edelstein Martin & Nelson toll free at 1-866-532-2504 or contact us online for a free case evaluation.