According to the U.S. National Library of Medicine, millions of people suffer traumatic brain injuries (TBIs) in America each year.  The majority of these are severe enough to require immediate medical attention.  In the worst cases, permanent brain damage or death can result.  About fifty percent of all such injuries result from motor vehicle accidents.  Half of the more serious TBIs result in ruptured blood vessels (hematomas) or contusions (bruised brain tissue).  These have to be surgically removed when present.

Victims of TBIs may not always experience symptoms right away.  Sometimes it can take days or weeks before a person feels the full effects of the injury.  This is why its imperative that you seek medical attention immediately following an accident, whether you feel you were hurt or not. 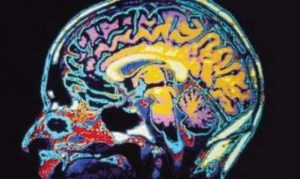 The mildest kind of traumatic brain injury is known as a concussion. Concussions can be caused by an impact to the head or any jolting movement of the head or body that caused the brain to move rapidly back and forth inside the skull.  Such sudden movement and shock and brain and damage brain cells.  Concussions do not always result in unconsciousness.  If they do, it is only for a matter of seconds or minutes.  While concussions are mild in terms of TBIs, they are still serious injuries.

Concussions can cause nausea, headaches, ear ringing, dizziness, and fatigue.  People with more severe TBIs may have the aforementioned symptoms in combination with other symptoms such as:

The most severe form of TBI is that of a coma.  When a person is said to be in a coma, they remain unconscious for an extended length of time.  People who find themselves in a coma often suffer the most brain damage.

TBIs can also be associated with more complex, long-lasting symptoms, depending upon the severity of the injury along with the age and general health of the victim.  These include changes to cognition, emotional and mental health, sensory processing, or communication.  Examples include difficulty with thinking and memory, increased aggression or other personality changes, new or worsening depression or anxiety, or changes in the interpretation of smell, touch, scent, sight, and taste.

Severe injuries of this nature often require rehabilitation.  Medical personnel cannot do much in order to reverse the initial damage done by this kind of trauma.  Their main concern when dealing with TBI patients lies in preventing further damage.  They will ensure proper blood flow and oxygen supply to the brain.  Imaging tests can show details of the extent of the injury and assist with diagnosis and prognosis.  Patients may also receive X-rays of the neck and skull to see if fractures were sustained in addition to the brain injury.

At Edelstein Martin & Nelson, we concentrate in personal injury law.  If you’ve sustained a traumatic brain injury or any injury caused by the negligence of another person and need to file a personal injury claim, don’t hesitate to contact us today.