New evidence shows the student loan crisis affects many more Americans than younger college-age adults. According to a new study, more than 173,000 people in 2015 alone had their Social Security benefits reduced due to old student loans, including many younger adults on Social Security disability.

One borrower, army veteran Hector Rodriguez, has filed a lawsuit after losing part of his needed Social Security disability benefits due to a student loan that was already eligible for forgiveness. The laws 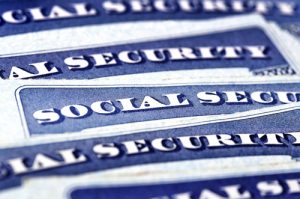 uit claims the government is needlessly forcing disabled borrowers to lose their benefits over defaulted loans.

Rodriguez took out the loans in the 1970s to pay for college, but he was forced to drop out due to frequent hospitalizations. He later defaulted on the student debt. He was diagnosed with schizophrenia in 1973 and began receiving Social Security disability benefits shortly afterward and continuously since.

His disability was severe enough that he qualified to have his student loans forgiven through a total and permanent disability discharge (TPD), but he received a notice in 2013 that the government was going to garnish part of his disability benefits to pay off the loan. According to the lawsuit, the notice did not indicate that his student loans could qualify for a disability discharge and the information was never provided by the government-hired debt collector when he told them he was disabled.

After receiving the notice, the government began garnishing his disability payments and taking $177 out of his $1,184 monthly check. While the 67-year-old veteran eventually spoke to an attorney who told him he was eligible for the disability discharge, it took 11 months to prove and he lost $1,300 in garnishments.

The Department of Education has taken some action to prevent this sort of problem. In 2016, the agency cross-referenced its records with the Social Security Administration to identify about 400,000 borrowers who qualify for a discharge, including 100,000 of which were at risk of losing Social Security benefits or tax refunds.

If your disability benefits have been garnished, it’s important to discuss your options with a disability attorney in Philadelphia.