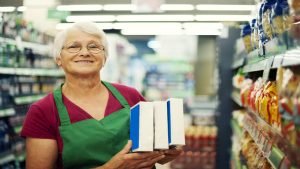 According to a new study, older adults who are treated in an ER for an injury or illness are more likely to become less agile and more disabled over the next six months. The study, published in the Annals of Emergency Medicine, was a follow up on research that found seniors suffer from reduced physical agility and disability after hospitalization.

During the study, researchers tracked more than 750 patients aged 65 and older over 14 years, including some adults who were treated in an ER and some who were not.

Researchers discovered that seniors who were discharged from an emergency room were more likely to be living in a nursing facility, become disabled, or die over the next six months compared to seniors who were not treated in an ER.

The extra cost for medical care and long-term care for newly disabled older adults is estimated at $26 billion per year. One strategy to potentially address the issue may include employing geriatric advanced practice nurses to assess older patients’ risk for decline.

Last year, a separate study found that more seniors are working now than any time since the turn of the century and today’s senior workers spend more time on their jobs than their peers. Almost 9 million people, or 19% of seniors in America, were employed part- or full-time. The number of older men and women who are in the job market has grown over time, although working during what many consider the retirement years still largely affects men.