On a recent appearance on Face the Nation, Trump’s budget director, Mick Mulvaney, finished his interview with an attack on Social Security and Social Security disability in particular. 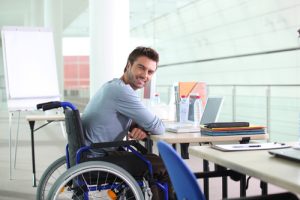 “Do you really think that Social Security disability insurance is part of what people think of when they think of Social Security? I don’t think so,” Mulvaney said. “It’s the fastest-growing program. It grew tremendously under President Obama. It’s a very wasteful program, and we want to try and fix that.”

The truth is that while Social Security retirement enrollment has continued to increase at a steady pace since 2008, disability is far from the fastest-growing Social Security program. It’s not even growing with enrollment that barely expanded between 2012 and 2014 before steadily declining. At a peak in 2014, disability enrollment reached 8.95 million disabled Americans but it had fallen to 8.81 million by last year, dropping about 3% in two years.

Social Security trustees predict disability enrollment will pick up again in the coming years but at an average pace of around 0.5% a year. On the other hand, retirement enrollment is expected to increase from 41.5 million last year to nearly 69 million in 2036, or 66% compared to 11.7% with disability over the same time period.

Calling the program wasteful is also a stretch. The average disabled worker receives just $1,165 per month under Social Security disability for an annual income of just $13,985. That’s hardly more than the federal poverty level of $12,060.

The myth that Social Security disability is a waste and huge amounts of government money go to people who are gaming the system is damaging and potentially complicating the claims process for workers who find themselves disabled. Despite anecdotal evidence, the disability error rate in the program is less than 1%, which includes underpayments and over payments.

Disability benefits are not easy to obtain, contrary to popular belief, but may involve a long certification process that may take many months. Only around 40% of disability applicants even end up receiving benefits.

Government officials perpetrating these harmful misconceptions can have a very real effect on the 11 million workers and their family members who depend on disability benefits to get by.