What is an Elimination Period in a Disability Claim

What is the Five-Day Rule?

In 2017, many people received letters from the Social Security Administration (SSA) announcing a change in regulations as part of an effort to make Administrative Law Judge (ALJ) procedures consistent nationwide. Beginning May 1 of that year, the SSA now required all claimants to submit all evidence to the ALJ no later than five days before their hearing dates. 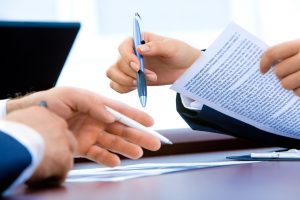 When a person fails to provide the evidence to an ALJ at least five days before the hearing, the judge may refuse to consider the evidence. The logic behind the change was undoubtedly to prevent claimants from showing up for hearings with stacks of medical records that they expected judges to review that day.

While the new five-day rule caused much panic among Social Security disability claimants, the law is not without certain exceptions. Do you have concerns about an upcoming long-term disability claim hearing? Contact Edelstein Martin & Nelson, LLP right away at (215) 858-8440 to schedule a free consultation.

Two other paragraphs in this statute, however, provide possible exceptions to the new rule. Under paragraph (b), a person may be able to have the ALJ accept the evidence if he or she can show that:

Code Of Federal Regulations § 405.331(c) essentially places the same type of proof on a claimant, but also requires him or her to show that there is a reasonable possibility that the evidence—alone or when considered with the other evidence of record— could affect the outcome of his or her claim.

To have evidence accepted after the five-day rule has passed, a person merely needs to demonstrate good cause. Many ALJs are willing to accept everyday occurrences such as medical emergencies, car accidents, or doctors to provide records in a timely fashion as constituting “unusual, unexpected, or unavoidable circumstances.”

If you need assistance obtaining evidence to satisfy the five-day rule for your disability hearing or you have concerns about whether an ALJ will accept your proof despite how failure to comply, you will want to make sure you have legal representation. Edelstein Martin & Nelson, LLP assists clients throughout the greater Philadelphia area.

Our firm can evaluate your case and help you understand all of your legal options when you call (215) 858-8440 or contact us online to schedule a free consultation.